In the next few weeks, BALID and the UNESCO Chair in Adult Literacy and Learning for Social Transformation will bring you a series of blog conversations following up on the discussions at the 4th Brian Street Memorial Event on the theme ‘decolonising literacy’. Taking ‘decolonising literacy’ as our starting point, we will explore and extend some of the questions raised by Brian Street around power, voice, identity and literacy: ‘Where are people going if they take on one literacy rather than another literacy? How do you challenge the dominant conceptions of literacy?’

At the memorial event, Maria Lucia Castanheira (Lalu) gave a presentation on Brian’s early work, The Savage in Literature, reflecting on the connections with his later ethnographic writing on literacy, culture and inequalities. She explored how he had drawn on his background in English literature, including his study into how theories of evolution were presented in popular Victorian novels.

Anna Robinson-Pant met with Lalu afterwards to talk about Brian’s influence on how we think about ‘decolonising literacy’, the theme of our memorial event.

Anna:  I was really interested how you brought together the different ways in which Brian challenged inequalities and harmful stereotypes, not only in literature but in life.  I know you have recently been reading the Savage in Literature and some of the early sources he drew on there.  Why do you think he became so interested in those popular novels, the ‘penny dreadfuls’?

Lalu: I believe that his interest grew out of recognizing the potential power of this type of cheap mass-produced fiction, read by thousands of people, to create and represent visions of the world. His expertise in literary studies and his developing studies in anthropology led him to identify an intersecting point between a particular set of this popular fiction and scientific works of the 1870’s. That was the period in which ‘ethnographic novels’ became mass-produced, and it is this set of novels that he studied. They were similar in style and content, and as Brian would demonstrate, they shared similar assumptions regarding people from other cultures, that is, positioning them as ‘primitive’. I believe that his curiosity was triggered by and reflected the social and linguistic turn in social sciences that put into question the ‘scientific’ theories erected on ethnocentrisms. Thus, he became interested in seeing how scientific thought of the period – evolutionary and racial theory – political forces related to the concern with overseas territory and the eventual emergence of an Empire were played out in such novels.

Anna: As a PhD student of Brian, I remember how he encouraged me to explore my assumptions around culture and literacy. Not through arguing directly with me, but by sharing different ways of looking at and asking ‘what’s going on here?’  I had been working in development organisations and been busy implementing what Brian referred to as the ‘UNESCO’ model of (Western) literacy.  Thinking back now, I am struck by his unique approach to ‘decolonising’. It did not seem to be about removing specific works of art or literature but about finding ways to facilitate reflexivity.  Lalu, how do you think Brian would respond to the ‘decolonising’ movements today – in universities (decolonising the curriculum) and in society? Was ‘decolonising’ a word he ever used himself? 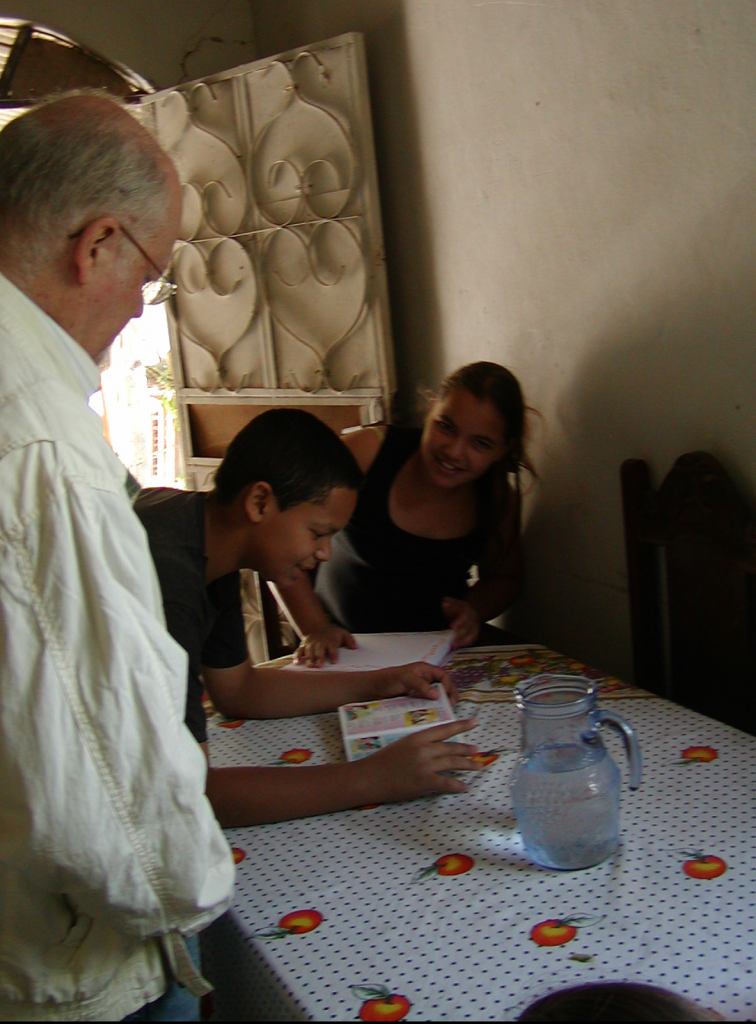 Lalu: Anna, I agree with you – his way of facilitating reflexivity was a way of engaging in decolonizing, in challenging any representation of marginalized, colonized, non-white and ordinary people as inferior to the dominant society of white, European and of western heritage.  I believe that what you described as the way he encouraged so many of us to explore our assumptions around culture and literacy is at the centre of any kind of educational agenda committed to social justice and equality. Reflexivity is quite powerful in helping us to understand how social inequality and discrimination of any kind are culturally produced. I think that what you pointed out is key for understanding Brian’s conceptualization of culture as a verb, for examining not what culture is in a given time and space, but what it does.

Lalu: Anna, you said that you have been working in development organisations and been busy implementing what Brian referred to as the ‘UNESCO’ model of (Western) literacy. That made me curious about how you would describe the ways in which Brian’s view of literacy as social practice is present in the work you are doing?

Anna: Yes, you are right that my initial challenge of ‘straddling two worlds’ – academia and international development organisations – has continued to this day. I always remember Brian saying that an ideological model of literacy is not just about recognising cultural difference but primarily about exploring relationships of power, often constructed through literacy practices and texts. In my work at the university, this lens has helped me to understand how academic literacies can influence unequal relationships, whether between teachers and students or managers and faculty. Our current research on family literacy and indigenous learning grew directly out of discussions on literacy as a social practice with UNESCO Chair colleagues  from Ethiopia, Malawi, the Philippines and Nepal. They shared their frustration at the ways in which a ‘Western’ approach to family literacy was being promoted. So we  are now working with UNESCO on how to develop a more ‘situated’ approach to family literacy.

Lalu: Brian had great interest and would be an advocate of the need to work with those engaged in defining literacy policies and programs. Many representatives of international development agencies participated in the Brian Street Memorial Lecture held at the University of East Anglia, organized by you, Alan Rogers and colleagues in 2019. I know that you have been working with international development agencies on research and policy initiatives in the Global South for many years. So I wonder in what ways do you think that the work with adult literacy, gender and sustainable development movements continue Brian’s work in challenging deficit approaches, and what kind of challenges are still there in bridging connections with the policy world?

Anna: That’s a very difficult question, Lalu. Looking back, I can see that over the years Brian’s ideas have to a certain extent become more ‘mainstream’ in international policy discourse. For instance, the idea and use of ‘literacies’ in the plural is very widespread – especially now so many of us are grappling with such a diversity of digital literacies. But there remain real challenges in working out how to move beyond policy rhetoric. Though Brian’s attack on the concept of the ‘great divide’ between literacy and illiteracy, literate and illiterate, has been accepted by many in the policy world, this binary distinction is still central to most measurements of development. So I think there is now a real tension between how we talk about literacy and development and how we do it!

It’s been a pleasure talking to you, Lalu. Our conversation has brought back lots of memories and the feeling that Brian is still very much present through his words and ideas.

Maria Lucia Castanheira is a professor in the School of Education, Federal University of Minas Gerais, Brazil. She is also a researcher in a literacy research center in the same institution – Centro de Alfabetização, Leitura e Escrita (CEALE). Her research interests focus on the examination of literacy practices in and out of school and university. She is particularly interested in examining the social construction of opportunities for learning through exploring discourse analysis and interactional ethnographic approaches.

Anna Robinson-Pant is Professor of Education at the School of Education and Lifelong Learning, University of East Anglia, UK, and holds the UNESCO Chair in Adult Literacy and Learning for Social Transformation. She began her career in Nepal, working in adult literacy with a range of NGO and Government programmes. She received the UNESCO International Award for Literacy Research in 2001. Since moving into UK higher education, she has been active in developing methodological approaches to researching across languages and cultures, and received the BMW Group Award for Intercultural Learning (Theory Category) 2007 for her contribution in this field. Her current research focuses on adult literacy, gender and sustainable development; the geopolitics of academic writing and the internationalisation of higher education. She was President of the British Association of International and Comparative Education (BAICE) for 2018-19 and is currently an UKFIET trustee.